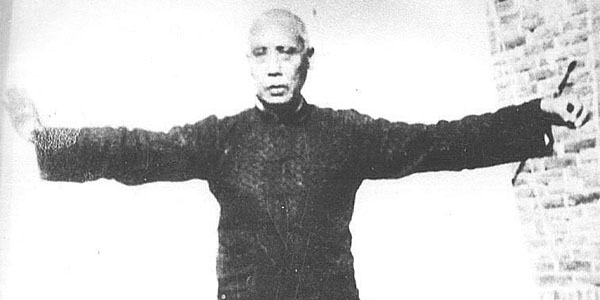 I translated and edited the text a little adding some explanations (italics in brackets) for better understanding. The original is a part of the book “Practical Boxing Method of Chen Style Taijiquan” written by late Hong Junsheng and published in 1989 by Shandong Science and Technology Press;
Translation© J.Szymanski 2001

In 1928 Chen Fake’s relative (grandson of Chen Yannian, Chen Fake’s uncle), (Chen) Zhaopei, who was in herbal business, came to Beijing escorting herbs delivery and settled in Tianhui Drug Store in Da Mo Chang outside of Qian Men Gate. At that time Taijiquan was already popular in Beijing and there was no practitioner who would not know that Yang Luchan’s boxing came from Chenjiagou in Henan. People heard that Chen Zhaopei was a descendant of Chen clan and boxing expert, so many came to learn from him. After some time the government of Special City Nanjing heard about him and invited him to teach offering very high salary.

Mister (Chen Fake) said: “At that time many people were learning from Zhaopei, and when he was invited to Nanjing with salary of 200 yuan a week, they had not finished learning a complete routine yet; they could not stop him from going, but did not want to give up the study. When Zhaopei saw that students did not want him to go, it became difficult for him to go, but he realized he couldn’t stay in Beijing; he figured out a way to solve the problem: “I learnt boxing from my Third Uncle (i.e. Chen Fake), my uncle’s skill is hundred times better than mine, so the best solution would be to invite my uncle to Beijing to teach, while I would go to Nanjing; this would be beneficial for both of us”. As a result he cordially invited me to Beijing”.

Mister (Chen Fake) said: “I came to Beijing in 1928. At the beginning I stayed in my student’s – Liu Zicheng and Liu Ziyuan – house, and taught them the First and Second Routine of Chen Style, as well as single broadsword and double broadsword. There were two small girls, Yueqiu and Yuehua, in the Zaolin compound where Liu Zicheng and Liu Ziyuan lived, and they also learnt quite well”. (I – i.e. Hong Junsheng – saw these two sisters’ demonstration; each had two tresses and wore violet skirt, their movements were so soft and light; they could jump over one Zhang (i.e. 3meters) in “Jade Girl Works at Shuttles” and “Wrap Crackers”; in “Stand on One Foot and Stretch Down” they could stretch so low that their thighs could touch the ground; they were very good material for martial arts. In 1956 when I came to Beijing for the second time, Zicheng was half-paralyzed, Ziyuan did not practice anymore; the most painful was the fact that both girls died because of scarlet fever!). At that time many quite famous martial artists in Beijing were learning from Chen Fake – Xu Yusheng (also known as Xu Chonghou), Li Jianhua (coach at Nort-eastern University, very skilful at Baguazhang), Liu Musan (from Wuxi in Jiangsu Province, director of the Telegram Service Department at Beijing Telegram Bureau, very good at Wu Style Taijiquan), Liu Ruizhan (doctor), and Shen Jiazhen (famous for his book “Chen Style Taijiquan” published in 1963) and others. Chen Fake accepted at least several hundred disciples over the period of thirty years; I was one of those who were accepted as disciples in 1930. (…)

Lucky to meet a good teacher

As a child I was of weak physique and often sick, and when 17 I dropped out of school because of illness; when I got married at the age of 20 I realized the reason I was often ill was that I was too lazy and did not do any physical exercises. I decided to change bad old habit and was going out everyday in the morning for a two hours’ walk. Beijing’s Xian Nong Altar, Temple of Heaven, Jinan’s Daming Lake and Botu Spring were the places I often visited. Since that time I was gradually getting healthy. However my body still could not deal with changes of the seasons and weather. In winter 1929 all of a sudden I caught Dongwen (winter epidemic febrile disease in traditional Chinese medicine) and had to stay in bed for three months until 1930. Zhou Huaimin (from Wuxi, skilful landscape painter,…), my neighbor from the same compound, introduced me to Mr.Liu Musan and I started to learn Wu (Jianquan) style Taijiquan from him. After few months we saw an article in Beijing Xiao Shi Bao newspaper about Yang Xiaolou, famous Wusheng (actor in traditional Beijing opera playing physically very demanding roles of soldiers), who after learning boxing from Chen Fake of Chengou village became healthy and was able to perform again; as a result, after checking with many people, we asked Mr.Yiyuan to invite teacher Chen to teach boxing at Mr.Liu’s house. At that time over thirty students of Mr.Liu, employees of Beijing Telegram Bureau, all came to learn from teacher Chen, so did I.

In the beginnings of my Wu style Taijiquan studies, teacher Liu (i.e. Liu Musan) told me, that the slower the movements, the better the skill, that is: the better the skill, the slower one can practice. When teacher Chen came for the first time to teacher Liu’s house, after exchanging the greetings, he (i.e. Chen Fake) performed the First and the Second Routine of Chen style Boxing; everybody prepared over an hour to admire famous master’s art. Unexpectedly the demonstration of both routines took only several minutes, and the Second Routine contained some leaping and very fast movements, and Chen’s stamping shook tiles on the roof. Teacher Chen sat (with us) for a while after the demonstration and then left. Afterwards everybody was making comments – some said Chen practiced so fast, that considering the principle “move like pulling the silk” the silk would tear; some said stamping did not conform with the rule of “taking steps like a cat”. However teacher Liu said: “Although the movements were fast, they were all round; although the power was issued, he was still relaxed; since we invited him, we should learn; after we learn the routine, we ask him to teach Pushing Hands; if he is better than I, then we continue to learn the Second Routine”. Hearing this we all decided to study with Chen Fake.

The first question I asked teacher Chen when we started out study was “Should the movements be slow or fast?”. The teacher answered: “The beginners should practice slowly, so that the movements are correct. Practice makes perfect, so after long time one can naturally be fast and steady; when fighting the speed of the movements depends on the opponent’s speed; practicing slowly is the method to learn the boxing, but it is not the goal. However when movements are slow, the legs are exercised for a longer time, which is also beneficial.” Since that moment I kept my mind on my study. However the way I was learning is worth mentioning, so I’m writing it below for reference.

The photographs of Chen Fake come from one of Chinese martial art magazines published some years ago. According to the note in the magazine, there are only three sets of photographs showing Chen Fake demonstrating routines of Chen Style Taijiquan, and the one published here is the most complete. The repeated postures are not shown.